XREX, a Taiwanese blockchain Fintech company, has chosen Lithuania as its entry point to the EU market. After recently becoming a crypto asset service provider in Lithuania, the company plans to entrust operations, AML, and other functions to its Lithuanian office.

Taipei-headquartered XREX has developed a series of blockchain-driven products, including BitCheck, an online escrow service, and XREX Exchange, the world’s only crypto-fiat exchange that supports both the US dollar and the Indian rupee. Co-founded by cybersecurity expert Dr. Wayne Huang and serial entrepreneur Winston Hsiao, XREX aims to build long-lasting bridges between traditional finance and the cryptocurrency ecosystem.

Raising $17 million in a pre-Series A funding round last year, the company also seeks to bring the benefits of crypto to the underserved users in emerging markets, including India, Africa, and the Middle East. Earlier this month, the firm also announced that it has successfully obtained a Money Services Business (MSB) license from the United States Financial Crimes Enforcement Network (FinCEN), which is a prerequisite for any exchange that wants to operate in the US. The start of operations in Lithuania was an important step in XREX’s expansion strategy.

According to Aušrinė Armonaitė, Lithuanian Minister of the Economy and Innovation, XREX entering the Lithuanian market represents an important step forward in strengthening ties with Taiwan.

“I am sure that our innovation-fueled, rapidly developing fintech ecosystem in Lithuania will create a suitable environment for XREX to grow,”

XREX’s activities in Lithuania are set to be the foundation of the company’s European presence. With the EU’s emerging crypto regulation, XREX will continue to invest in ensuring its operations in Lithuania and the larger EU are compliant with the most stringent AML/CFT standards. 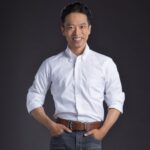 “Lithuanian government’s commitment to anti-money laundering and combating the financing of terrorism is in line with XREX’s core values,”

“XREX is constantly looking to collaborate with institutions and pursue licenses in jurisdictions that share our values towards building a reasonably regulated crypto ecosystem, one that drives financial innovation and inclusion while protecting users’ interests.”

XREX will provide exchange services for cryptocurrency against fiat currency, as well as operate virtual currency wallet services in Lithuania. The company will also be looking into Lithuanian licenses to increase its operability in European markets.