The Nordic countries or the Nordics, a geographical and cultural region in Northern Europe and the North Atlantic that includes Denmark, Finland, Iceland, Norway, and Sweden.

The region is increasingly becoming a fintech powerhouse, producing some unicorns and iconic names. Here are the top 10 fintech companies coming out from the region.

Klarna was founded in 2005 in Stockholm with the aim of making it easier for people to shop online. The company has since evolved into one of Europe’s largest banks and is providing payment solutions for 60 million consumers across 130,000 merchants in 14 countries.

Klarna offers direct payments, pay after delivery options and instalment plans in a smooth one-click purchase experience that lets consumers pay when and how they prefer to.

Klarna was named one of KPMG and H2 Venture’s 2018 Fintech 100, and is planning an initial public offering. The company was valued at more than US$2 billion when fashion chain H&M bought a stake in it last year. 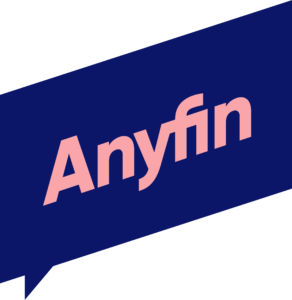 Founded in 2017 and based in Stockholm, Anyfin enables anyone to refinance their existing loans. With a combination of artificial intelligence (AI), publicly available consumer data, and with additional information garnered through taking a photo of an existing loan statement, the company gives a more complete picture than just a credit score alone. Anyfin pays off the old debt and issues a new loan with better terms. The company earns money on the interest rate from the credits.

Like Klarna, Anyfin was recognized as one of the world’s top fintech companies in 2018 by KPMG and H2 Ventures. The startup raised EUR 4.8 million in a Series A funding round last year. Founded in 2013 in Sweden, Dreams is a neo-bank that aims to make saving, spending and lending money easy, engaging and social. Dreams provides savings and investment services to retail clients and focuses on user experience and behavioral science.

Dreams serves 300,000 customers in Sweden and Norway. In 2018, the startup was named a Rising Star as part of the KPMG Fintech 100 Awards. It plans to launch in in France, Germany, Belgium, Spain, and Holland in the upcoming years.

Founded in 2016 and based in Oslo, Payr is building innovative banking services for consumers and businesses. The company’s first product is a payment service that makes it easier to pay bills for people in Nordic countries. Customers can pay any invoice using bank account, debit or credit card or digital wallets.

Founded in 2015, Pleo offers a new way to manage company expenses. Offering smart payment cards to employees, Pleo enables everyone to buy whatever they need for work, all the while making sure the company remains in full control of spending. Leveraging breakthrough technology, Pleo reduces the administrative complexity, eliminates expense reports and simplifies bookkeeping.

Pleo is currently available to companies incorporated in Denmark, the US, Sweden and Germany. More countries will be added in due course. The company serves more than 3,500 companies.

Tink launched in 2012 with the aim of making banking better, using technology to create improved customer experiences and bring more financial clarity. The consumer-facing finance app has since repositioned its offering to provide the same underlying technology and more to banks and other financial service providers that want to ride the open banking/PSD2 train.

Tink is licensing its account aggregation, payment initiation, personal finance management and categorization technology to retail banks so that they can build their own mobile services and empower their customers to make smarter financial choices.

The company’s technology is already integrated with banks such as BNP Paribas Fortis, ABN AMRO and Nordea.

Milvik, doing business as BIMA, provides micro-life insurance products for mobile operators and their end-users in emerging markets. The company has developed a bespoke portfolio of over 40 micro-insurance and mobile health products, and has pioneered the mobile-delivered insurance model in which customers can pay for insurance via deduction of prepaid airtime credit.

Milvik was founded in 2010 and is based in Stockholm. It operates as a subsidiary of Kinnevik New Ventures and has operations in Paraguay and Honduras.

Headquartered in Helsinki, Mash has additional offices in Stockholm, Warsaw, Luxembourg, and Madrid. The company has raised more than US$153 million in funding (EUR 138 million).

Invesdor is an equity-based crowdfunding platform based in Helsinki. Founded in 2012, the company operates an online investment platform that connects ambitious European growth companies with investors worldwide.

Since its founding, EUR 64 million have been invested in growth companies via Invesdor. So far, 133 companies have successfully raised funding. Invesdor’s clients include private and publicly traded companies from Finland, Sweden, Norway, Denmark and the UK as well as investors from more than 80 countries.

Invesdor has offices in Helsinki and Stockholm. It was named the Best Nordic Fintech Startup of the Year in 2018.