Estonian ride hailing app Bolt announced that it has closed a €600 million funding round, increasing its valuation to more than €4 billion.

The firm said that the funds will be used to boost its new grocery delivery service Bolt Market as well as accelerate its expansion of existing mobility and delivery products.

The funds were raised from a range of investors including Sequoia, Tekne, and Ghisallo, G Squared, D1 Capital, and Naya.

Bolt Market will be launched in 10 European countries over the next few months, including the Baltics and Central Europe, Sweden, Portugal, Croatia, and Romania. 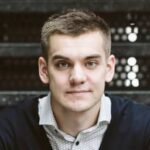 “After seven years of relentless execution, Bolt’s mobility and delivery products offer a better alternative to almost every use case a car serves.

I’m thrilled to bring these products to millions of customers around Europe and Africa, taking the emphasis off cars and giving cities back to the people.”