The Danish fintech startup scene has grown significantly over the last few years, rising from only 70 fintech companies in 2015 to more than 250 in 2021, according to numbers from industry trade group Copenhagen Fintech. 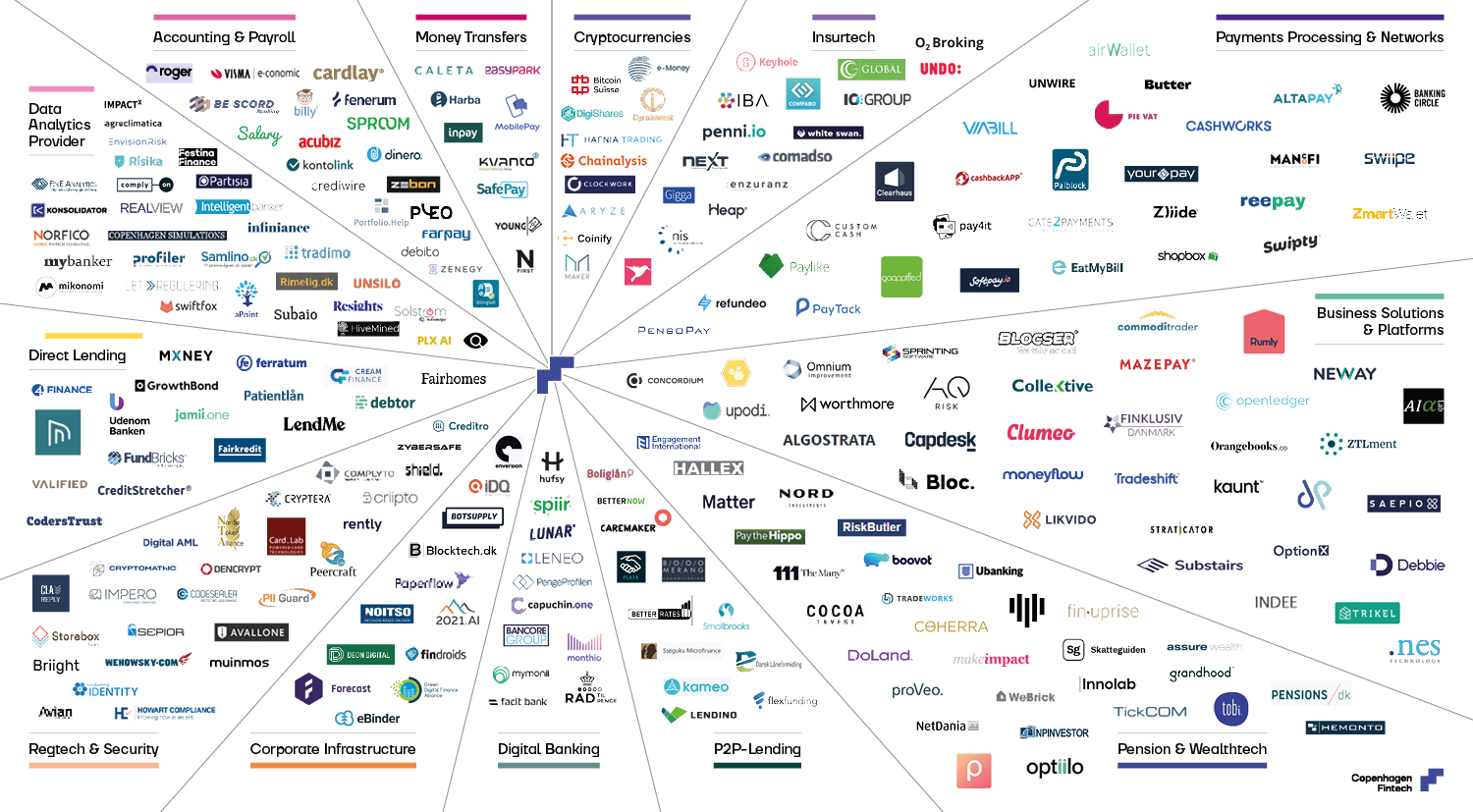 As the sector continues to grow and mature, the number of partnerships between fintech startups and established, financial companies continues to grow throughout the years, showcasing rapid adoption of innovative business models and cutting-edge technologies by the traditional banking industry. Fintech/bank partnerships grew from less than 10 in 2015 to more than 100 in 2019.

As of Jan 2021, the Danish fintech startup scene comprised companies operating in various verticals ranging from payments, business solutions and wealthtech, to digital banking, infrastructure, regtech and insurtech. In this rapidly expanding sector, a few players are standing out.

Tradeshift, a company founded in 2010 in Copenhagen, is the country’s very first fintech unicorn currently valued at US$2.01 billion, according to CB Insights.

The company provides a cloud-based business network and platform for supply chain payments, marketplaces and apps, helping buyers and suppliers digitize their trade transactions, collaborate and connect with supply chain apps. Tradeshift is used by more than 1.5 million companies across 190 countries, and has processed over half a trillion USD in transaction value.

Though originally from Denmark, Tradeshift moved its headquarters to San Francisco in 2012. The company has raised more than US$660 million in funding, according to data from Crunchbase, and is aiming for an initial public offering (IPO) sometime this year. 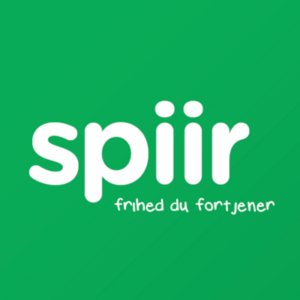 Spiir is the company behind the eponymous money app, which gives users an automatic overview of their finances and helps them manage their money. It is a leading personal finance app in the Nordics with more than 400,000 users.

The platform currently integrates with the vast majority of banks in the Nordic region – both private and business accounts – and is expected to be launched in all of Europe in 2021.

Nordic API Gateway has entered into strategic partnerships with Danske Bank and DNB, two of Scandinavia’s largest banks which have invested millions in Spiir.

Founded in 2015, Lunar started off as a personal finance manager app. It became a full digital challenger bank in 2019 after acquiring a banking license. Today, Lunar provides a range of financial services including a free bank account, insurance, savings, budgets, loans, and investments via a mobile app.

In 2020, Lunar launched a business bank account targeting small and medium-sized enterprises (SMEs) and freelancers, and introduced a ‘pay later’ function, allowing customers to split all transactions into four instalments retroactively or postpone a payment for up to 30 days.

Lunar serves more than 200,000 users in Denmark, Sweden and Norway, and plans to launch its banking app in Finland in the first half of 2021. The company has raised 104 million EUR in funding so far from investors including Seed Capital, Greyhound Capital, Socii Capital and Chr. Augustinus Fabrikker.

Pleo began with offering prepaid company cards for employees combined with smart expense reporting to help managers and owners oversee spending. But in early 2020, the company shifted from prepaid cards to credit cards after inking new partnerships with JP Morgan and MasterCard.

Features introduced in 2020 and enabled by the partnerships include out of pocket expenses and mileage, as well as subscription management. Upcoming features to look forward to include instant credit approvals and invoice payments.

Pleo serves more than 13,000 companies in Denmark, the UK, Germany, Sweden, Ireland and Spain. The company has raised US$79 million in funding so far from investors including Kinnevik, Creandum and Founders.

Intergiro.3d: Banking as a Service Platform Launches in Finland