Estonia is well-known in Europe for being a highly developed country in the tech space with approximately 30.6 startups per 100,000 inhabitants. The country is now poised to become a leading fintech hub.

Digital innovators like Skype and TransferWise, as well as initiatives such as e-Government and e-Residency, have earned Estonia such praise. Skype, the world’s largest peer-to-peer communications platform, was acquired by eBay for US$2.6 billion in 2005. Payment startup TransferWise, which has since relocated to London, raised US$396.4 million in funding and is now part of the unicorn club.

The Estonia government has been supporting the ecosystem and has helped it gain momentum. The e-Estonia initiative, for instance, is a movement by the public sector to facilitate citizen interactions with the state through the use of electronic solutions. E-services created under the initiative include i-Voting, e-Tax Board, e-Business, e-Banking, e-Ticket, e-School, University via internet, and the famous e-Residency program, which made Estonia the first country in the world to offer electronic residency to people from outside the country back in 2014.

Under the e-Residency program, non-residents can apply to have a smart ID card, providing the same access to Estonia’s various electronic services that a physical resident would be given. The e-Residency program had already attracted more than 24,000 global entrepreneurs, as of December 2017.

In May 2017, Finnish online-only business bank Holvi announced a partnership with the e-Residency program to enable business banking for e-residents without necessity to visit Estonia to set up an account. Holvi, which was acquired in 2016 by BBVA, provides entrepreneurs and small and medium-sized enterprises with a range of business services as well as traditional banking through its online platform.

Startup Estonia is another initiative by the government aimed to supporting the local startup ecosystem. Startup Estonia provides training programs for startups, works on educating local investors and attracting foreign investors, among other things. It is powered by financial institution KredEx and financed from the European Regional Development Fund with EUR 7 million.

Enterprise Estonia, a government agency, was one of the sponsors of the Money20/20 Europe 2018 conference that took place earlier this month. At the event, the Estonian Pavilion features several fintech startups representing the country include Mobi Lab, EveryPay and Funderbeam. 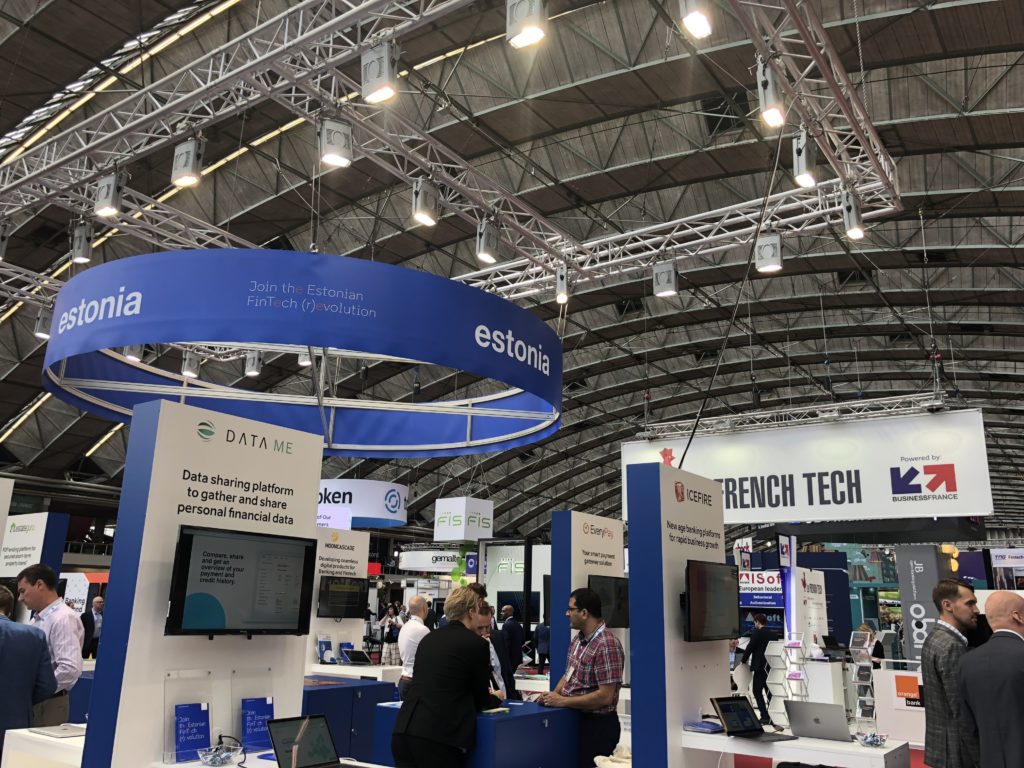 Estonia currently has an estimated 450 startups with a little less than 20 in the fintech and insurtech spaces, according to data from Startup Estonia. 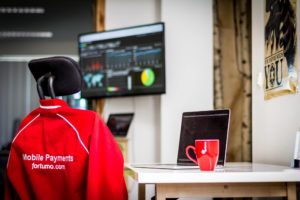 One of the most notable ones is Fortumo, an international mobile technology company. The company has developed a platform for app stores and digital service providers for user acquisition, monetization and retention. Fortumo’s products allow digital merchants to manage the end-to-end customer lifecycle of mobile users on more than 350 mobile operator networks through bundling, carrier billing and messaging solutions. Fortumo has raised US$10 million in funding so far.

Another startup is Bondora, a Tallinn-based peer-to-peer lending platform connecting investors with borrowers. Bondora has a network of more than 36,000 investors and has facilitated more than EUR 129 million worth of loans. The company has raised US$8.8 million in funding so far.

Funderbeam is an Estonia startup providing a platform that allows investors to research, discover and trade startup companies. It is the world’s first primary and secondary marketplace for early-stage investments, secured by blockchain technology. Founded in 2013 by Kaidi Ruusalepp and Urmas Peiker, Funderbeam has raised US$10.5 million in funding to date from investors that include Jaan Tallinn, venture capitalist Tim Draper and Mistletoe’s Taizo Son.

In the Baltics, Estonia Has Minted the Most Fintech Mini and Unicorns