Lithuania to Introduce Blockchain Sandbox in 2019

Lithuania is looking to become the first ever country to offer entities from around the world the opportunity to register and manage companies using blockchain technology.

These Virtual Limited Liability Companies (VLLCs) would benefit from an innovation-friendly “sandbox” regulatory system that helps newcomers to set up operations.

VLLCs would give companies a range of advantages. These include the ability for the company to be remotely managed, and for all share transactions to be fully transparent, as they would be performed entirely on an immutable blockchain.

The Lithuanian Centre of Registers (the manager of the country’s Register of Legal Entities) has already started to draft a proposal on legal amendments needed to make VLLCs a reality next year.

“Physical borders between countries are becoming a thing of the past. This ambitious project is the next logical step for Lithuania, given our track record in the field of financial technology (fintech),”

“Yet regulatory roadblocks are still present in the procedures for expanding businesses abroad. We are striving to become the first country to offer companies the possibility to register and manage companies remotely using blockchain technology, thus ensuring transparency and security.,”

The plan has been endorsed by the Bank of Lithuania, the country’s regulator. The Bank is building a global reputation as a force for innovation, thanks to its positive stance on new ideas in fintech sector.

And Marius Jurgilas, a Member of the Board of the Bank of Lithuania, believes blockchain has huge potential. 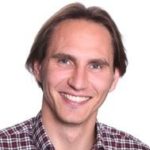 The ability to remotely establish and manage a company in the EU is on the wish-list of many fintech companies. Analysts from Invest Lithuania, a foreign direct investment and business development agency, believe companies from Singapore, the US, Israel and other non-EU locations would all be interested in such a service. 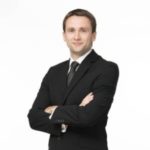 “As the world is moving towards a paper- and bureaucracy-free future, jurisdictions that adapt to the increasing demand for instant solutions will win in the long run.

As of now, the country already offers fintech companies the ability to receive a payments institution (PI) or e-money institution (EMI) license in just three months, which is 2-3 faster than in other EU countries.

These draft proposals on the possibility of establishing a virtual company which can be managed remotely is another step in the right direction,”

According to Jonas Udris, introducing blockchain-based VLLCs is essential for Lithuania to strengthen its leadership in technological progress in the financial sector. The most important innovation, says Udris, would be a legal framework and a technological infrastructure that allows shares in a corporate entity to be issued and traded on the blockchain.

“Blockchain-based VLLCs represent an entirely new level of transparency, security, and convenience. With them, information about a company’s shareholders and the entire history of share ownership would be easily accessible to anybody at any time.

Shareholders could manage their shares online, in real time, with far less paperwork. Shares could even be traded directly on the blockchain, without intermediaries,”

This new breed of VLLCs could range from small companies owned by a single individual to large corporations with publicly-traded shares and other securities. They would be fully-recognised corporate entities under Lithuanian law and would file financial statements and pay taxes in Lithuania.

If the necessary amendments to the legal framework are made, entities from around the world would be able to register virtual companies in Lithuania as early as 2019. Those eager to test out the new system should look out for a Hackathon event expected in the Autumn of 2018.