U.S.-based fintech Stripe announced that it has launched its issuing services across 20 European countries.

The issuing service enables users to create, manage, and distribute virtual and physical payment cards, giving businesses more control over how they spend their money.

Businesses can design their own branded cards in the Stripe Dashboard, with Stripe handling card production, fulfillment, and shipping. Virtual cards can be created instantly, and physical cards are shipped in two business days.

Stripe Issuing already operates at significant scale in the US. 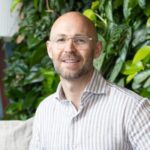 “Creating and distributing new cards in Europe has long been so complex and opaque that only a handful of companies could ever justify doing it. Today, we’re making it fast, simple, and secure.

It used to take months to create and ship new cards in Europe. With Stripe Issuing, it now takes two days. We’ve been astonished by the breadth of use cases businesses in the US have found for our Issuing infrastructure, and can’t wait to see what our European users build with it.”