Over the first three quarters of 2020, the total number of payment transactions as well as income of electronic money and payment institutions (EMIs/PIs), which holds a significant share of the Lithuanian fintech sector, has continued to grow according to the Bank of Lithuania. 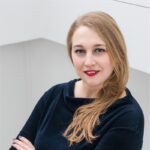 “The performance results for the first nine months of 2020 show that the EMI/PI sector has not only withstood the COVID-19 shock but also continues to enjoy the benefits of electronic payments. The market is expected to grow further, as from the beginning of 2021 the activities of EMIs and PIs established in Lithuania after Brexit should also increase,”

said Rūta Merkevičiūtė, Head of the Payments Market Supervision Division of the Bank of Lithuania.

In the third quarter of 2020, the total amount of payment transactions executed by EMIs and PIs amounted to €24.9 billion. This amount grew 1.6 times year on year, while during the reporting quarter it increased by 16%, thus maintaining similar growth trends. EMIs and PIs received €68.8 million in income from licensed activities which is an increase of €29.6 million (1.75 times) compared to the first nine months of 2019.

The income generated by EMIs more than doubled, while that earned by PIs fell by almost €2 million. This drop was mostly driven by the Bank of Lithuania’s decisions to revoke the licenses of two PIs after having established certain substantial infringements. At the end of the period under review, the public list of EMIs and PIs included 121 entities.

The Bank of Lithuania is currently examining a total of 40 licensing applications, while in 2021, the central bank is expected to receive up to 100 new applications. 20 out of all EMIs and PIs that are currently operating in Lithuania are UK-capital entities. 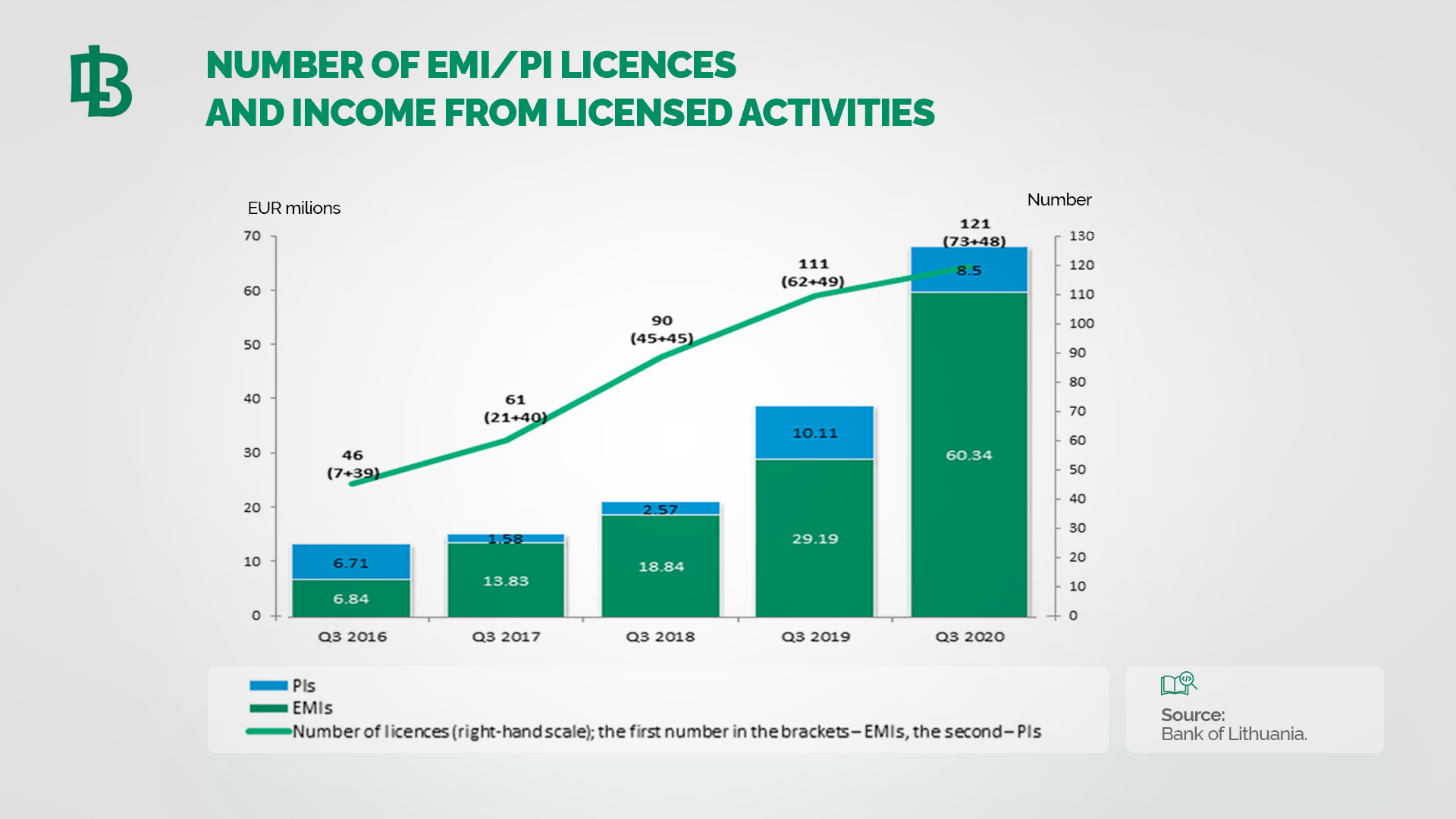 Number of EMI/PI licenses and income from licensed activities

During the reporting period, the financial performance indicators have shown that two institutions failed to comply with the minimum own funds requirements (compared to nine institutions in the first quarter of 2020 and three in the first half of 2020). Both of them have already taken steps to ensure a sufficient amount of own funds by accumulating additional capital buffers. In the third quarter of the year, 86% of EMIs and PIs that are subject to the own funds requirement exceeded its minimum threshold by reaching a ratio of more than 1.1 (which must be at least 1).

In the first quarter, the shares of such institutions comprised 78%, while in the first half of 2020 it was 84%. The Bank of Lithuania continues to closely monitor whether the country’s banks follows its position on the right of EMIs and PIs to access bank accounts opened with credit institutions. The position aims to ensure the right of EMI and PIs to open bank accounts for keeping customer funds and use them in a way and to an extent that would allow the institutions to provide payment services to their customers in an unobstructed and efficient way.

Since the beginning of 2019, banks are obliged to inform the Bank of Lithuania in cases where they refuse to open, limit or close bank accounts of EMIs and PIs, and indicate the reason for such a decision. A total of 36 notifications have already been received, five out of which were submitted in the third quarter of 2020. 31% of all notifications were received due to EMIs or PIs surpassing banks’ risk appetite, 28% as a result of the correspondent banking requirements, and 41% due to other reasons (e.g. deficiencies in anti-money laundering and/or anti-terrorist financing control measures, unclear or unjustified source of funds of the beneficiary).

Having analysed these notifications, the Bank of Lithuania provided banks with recommendations on how to improve their practices. This, in some cases, allowed them to avoid termination of their contracts with EMIs and PIs. With the aim to reduce the regulatory burden, the Bank of Lithuania has decided to collect annual supervisory financial reports from certain EMIs and PIs.