The Nordic and Baltic region is increasingly becoming a hotspot for fintech innovation. Fintech success is not in short supply in the region, which has so far given birth to half of Europe’s six fintech unicorns, according to a new report by MagnaCarta, Fintech Mundi and Mastercard.

These startups are Swedish online payment platform Klarna, Swedish payment startup iZettle which was bought by PayPal in May, and international money transfer platform TransferWise, an Estonian startup that has since relocated to the UK. These have a cumulative valuation of US$6.3 billion, surpassing the rest of Europe’s fintech unicorns with US$5 billion. 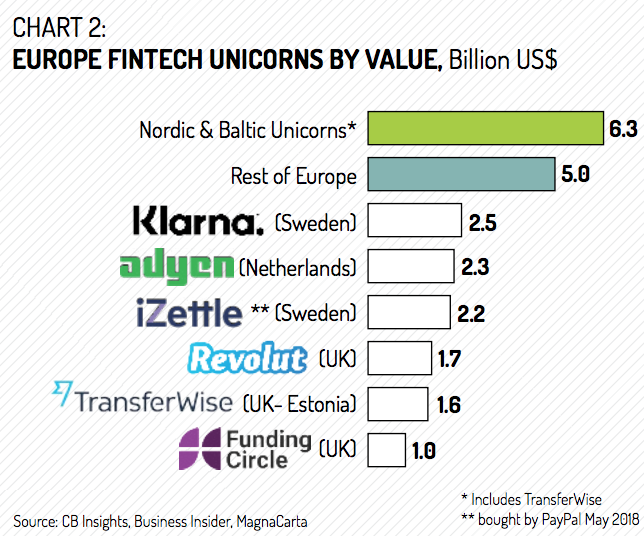 A survey conducted by the firms found that more than four fifths (84%) of traditional players are now actively seeking partnerships with fintech ventures to help them digitize and create digital services for customers. The figure is 10% higher than 2017 and 11% higher than among banks across the rest of Europe. Banks in the Nordic and Baltic region believe that collaborating with fintech companies will help them to achieve their goals faster and more cost effectively. 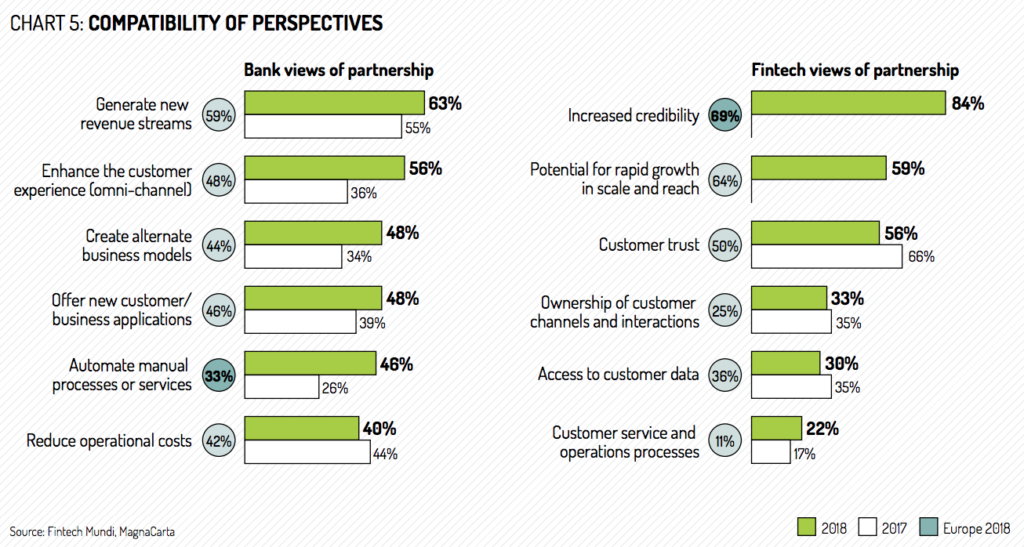 “Innovation by collaboration is at the heart of Mastercard and working together with startups and fintechs is essential to meet the future needs of consumers, merchants and governments. We have been committed to fintechs for many years, fostering partnerships with pioneers who have grown into global brands. One Nordic example is iZettle where we helped them in the early phase setting up their business, acting as an advisor.”

With this in mind, Mastercard launched a Nordic and Baltic fintech program called Lighthouse Development Program in partnership with NFT Ventures last month. The initiative seeks to find promising fintech companies for Mastercard and its partners to collaborate with as new consumer needs, the rapid development of new technologies and the EU’s PSD2 directive are posing challenges for incumbents.

Despite the rapid growth of fintech in the Nordic and Baltic region, several challenges remain for fintech companies. These cited as the biggest drawback the direct or indirect result of limited regulatory coordination on fintech. 37% of respondents cited regulation directly, 67% find it difficult to achieve scale, and 33% find access to funding remains a challenge. Overall, 45% of respondents agree that Nordic and Baltic fintech companies need greater support from regulators and the wider ecosystem.

There are now over 500 fintech companies across the Baltic and Nordic countries and regardless of the vibrant ecosystem, supervision of financial services is still fragmented and managed at a local level, with little direct coordination between the region’s regulatory authorities, the report says.

“The Nordic and Baltic markets already have an incredible track record of building fintech companies having created regional successes that have gone on to become global winners, like Spotify and Zwipe,” said Susanne Hannestad, CEO of Fintech Mundi and co-author of the research.

“A more joined-up approach to fintech, and the factors that influence successful innovation between the markets governments and regulators, however, would create new opportunities for growth and productivity and ensure the region is the best place in Europe to build the next generation of fintech giants.”

The Role of Public Relations and Marketing for FinTech Start-Ups