The Bank of Lithuania has signed a contract for programming the world’s first digital collector coin which, together with its physical version, is expected to be issued at the beginning of 2020. 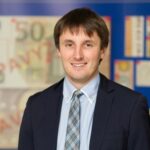 “We are moving from an idea to its implementation: we have clear technological solutions, a vision of what its physical coin will look like and we already know who will be responsible for its creation. Aiming to create such a unique innovation in numismatics, we have to finish all the work in a timely manner, while pursuing the highest standards,”

said Egidijus Paleckis, manager of the Digital Collector Coin Project at the Bank of Lithuania.

After public consultation with market participants, in February 2019, the Bank of Lithuania launched a public procurement procedure for programming the digital collector coin. Five companies from Lithuania, Poland, India and Singapore applied to take part in the procurement. Having evaluated all the participants, the contract was signed with the Lithuanian company iTree which will have 6 months to create the digital tokens (the coin’s digital version) and the sales platform using the blockchain technology. Among other platform requirements, special attention is paid to security – tokens must be counterfeit-proof, while the platform for token selling has to be ready to handle heavy user traffic and be protected against cyberattacks.

The first-ever digital collector coin will be dedicated to Lithuania’s history. Collectors will be able to purchase tokens, exchange them and, having collected the needed set, redeem the physical coin.

The foundations for this project were laid in the hackathon held by the Bank of Lithuania in June 2018. It brought together eight teams from Lithuania, Cyprus and Ukraine which had the chance to propose their ideas and technologies as well as to create prototypes of the digital collector coin.

The issuance of the digital collector coin will be yet another step towards implementing one of the Bank of Lithuania’s strategic directions in the field of innovation and fintech. It is aimed at helping Lithuanian and international companies gain knowledge and carry out blockchain-oriented research, thus adapting and testing blockchain-based services in the financial sector.

E-Payment Transactions in Lithuania Grew to EUR157.6 Billion in Q3