TransferGo announced that it has secured US$50 million during a Series C funding round, bringing its total funds raised to US$77 million so far.

The funding round was led by Elbrus Capital Fund III and Black River Ventures and joined by new investor Unlimint and existing investors which include Hard Yaka, VEF, SmartHub and Milano Investments.

The firm said that the funds will be used to help expand its customer base, mainly migrants looking to send and receive money across Europe.

It also has plans to develop its product offering in support of its goal to grow 5 times in the next three to four years.

TransferGo was founded in 2012 and reportedly has a user base of 3.5 million people across 160 markets having processed a total of US$6 billion in transactions.

The firm currently has 200 employees with offices in London, Vilnius, Kaunas, Berlin, Istanbul and Warsaw. 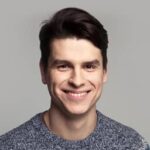 “At TransferGo, we believe that everyone has the right to move money quickly, securely and cheaply. Despite a challenging economic environment for migrant workers, we have seen prolific, sustained growth during the pandemic.

With the additional funding, our next chapter of growth will see us in an even stronger position to keep innovating and developing our product offering, for hardworking migrants all across Europe.”

10 Reasons to Work and Start a Business in Vilnius