Lithuania’s Paysera Gets Green Light to Operate in Ukraine

The National Bank of Ukraine has given the green signal to Lithuania-based fintech startup Paysera to operate in the country.

Paysera has been included in the country’s Register of Payment Systems and after technological arrangements, it will offer money transfers to and from Ukraine to private customers.

Transactions will be supported in hryvnias, euros, US dollars. Conversion of hryvnia and other major currencies will also be supported, the statement noted.

With the central bank’s approval, Paysera can partner with local banks in Ukraine. This would enable the company to open an account, perform system integration and make transfers.

The firm has already reached an agreement with Globus Bank and is negotiating agreements for the opening of accounts with Privatbank, Oschadbank, and Ukrgasbank.

The Paysera app has garnered over 1 million installations, and the startup aims to become a super app for financial and lifestyle services. 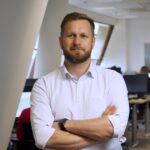 “We received accreditation at a special time for Ukraine. Being here, we feel the support and trust of the central bank and people’s interest in our services. We are pleased that now that we have accreditation we can contribute to the modern, progressive, and sustainable development of the financial sector in this friendly country.”

Apart from increased speed of transactions, the accreditation will also facilitate instant transfers in Euros to European banks to support the growing number of Ukrainians shopping on European websites.

Last month the Verkhovna Rada of Ukraine adopted the law which will allow electronic money and payment institutions to operate in the country.

Currently, there are no such institutions and Paysera will consider the possibility of receiving an electronic money institution (EMI) license in Ukraine as soon as the law is implemented.

Only after obtaining an EMI license, the company will be able to process payments in Ukrainian online stores – the main source of Paysera’s income and profit in the Baltics.

Paysera network companies have been granted e-money licenses in Lithuania, Albania, and Kosovo, and is seeking for one in Estonia and Bulgaria. Its network companies also operate in Latvia, Romania, Spain, and Ukraine.