This move authorises it to issue electronic money and provide certain payment services set forth in the Republic of Lithuania Law on Payments.

It will provide its services within the European Economic Area (EEA).

Having secured the license, the institution is obliged to provide the Bank of Lithuania with a copy of the agreement concluded with a credit institution, confirming proper implementation of measures for safeguarding customer funds before it starts providing the aforementioned financial services.

Curve has also announced the establishment of its subsidiary in Lithuania. The move will help Curve continue to serve customers across the EEA, following the end of the Brexit transition period, and to scale its operations.

As with many other UK-based fintech companies, Curve was searching for a European base to continue operating on the continent post-Brexit.

According to founder and CEO Shachar Bialick, Curve initially looked at countries like Ireland, Luxembourg and the Netherlands, but ultimately Lithuania made much more sense. 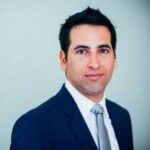 “We chose Lithuania as a gateway to Europe because of the ease of business there, its welcoming culture and world-class AML standards. On behalf of everyone at Curve, I’d like to thank those involved in making Curve’s application a success, including the Bank of Lithuania and Invest Lithuania. I’m excited about the huge boost to the Curve platform that our license in Lithuania will give to our growth and ability to serve customers around Europe.”

Curve intends to invest in scaling up its AML, compliance and risk management operation from their Lithuanian base.

Fintech Cooperation Between Central Banks of Lithuania and Ukraine