Estonia is emerging as a leader in e-government, embracing digital platforms and technologies to bring seamless and convenient e-services to citizens.

Today, 99% of public services, including tax filings and public voting, are available digitally to Estonians, and these solutions have allowed the country to save over 800 years of working time and 2% of gross domestic product (GDP) annually, according to a new report by consulting firm PwC.

In 1997, Estonia began building its digital society through an e-governance system to provide public services online. This was later formalised with the launch of e-Estonia, a policy that has led to the development of e-services including i-Voting, e-Tax Board, e-Business, e-Banking, e-Ticket, e-School, University via internet, the e-Governance Academy , as well as several mobile applications.

Today, nearly all state-related operations, with the exception of marriage, divorce and real estate transactions, can be carried out digitally. Filing tax returns takes less than five minutes, all patients have electronic medical records, and it’s easy to establish a company online and sign documents digitally.

Estonia’s advanced e-government ecosystem relies on a set of platforms and technologies that not only secure all the data transmitted but also allow for the smooth operation of these digital solutions. 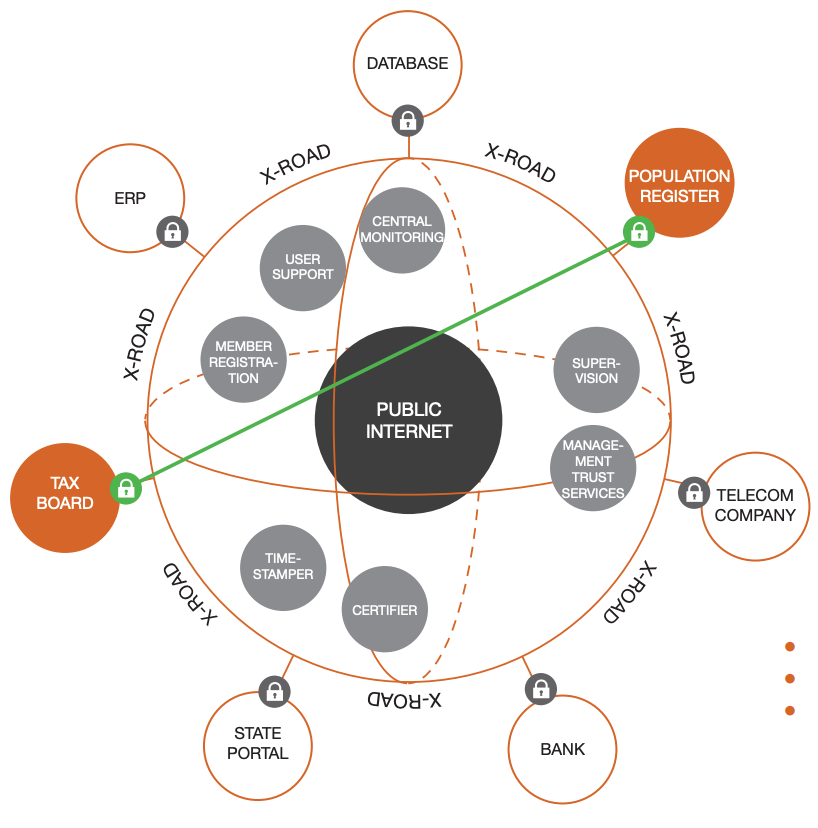 In addition to X-Road, another key technology part of Estonia’s e-governance infrastructure is blockchain.

In 2012, Estonia became the first nation in the world to deploy blockchain in production systems where it’s now used for assuring the integrity of the data stored and protect the data against insider threats.

The technology Estonia leverages is KSI, a blockchain technology created in 2007 and designed in Estonia. It has since been adopted by the North Atlantic Treaty Organization (NATO) and the US Department of Defense.

To further protect its data, Estonia developed the concept of data embassies, or servers located outside of the country that are legally under Estonian jurisdiction. These digital copies mean that data can be retrieved in the event of a major data incident in the country.

Estonia also has a highly developed national digital identity system which not only identifies an Estonian citizen, but also provides digital access to Estonia’s e-services.

Estonia expanded the availability of its e-services in 2014 when it became the first nation in the world to offer electronic residency to people from outside the country. Called e-Residency, the program equips e-residents with a smart card which they can use to sign documents, and give them access to Estonian services such as online company formation from anywhere in the world, banking, payment processing, and taxation.

Since its launch in December 2014, 50,000 people from more than 165 countries have become e-residents and established some 5,000 companies.

Last year, the United Nations (UN) ranked Estonia amongst the top three most digitally advanced countries in the world, alongside Denmark and South Korea.

Estonia recorded the most significant e-Government Development Index increase from 16th place in 2018 to 3rd place in 2020. In the e-Participation Index, which gauges civic digital engagement, the Baltic nation ranked 1st.