The Board of the Bank of Lithuania has approved the sample of the physical version of the digital collector coin – an original silver coin bearing a denomination of €19.18 to commemorate the year of the Act of Independence of Lithuania. LBCOIN is dedicated to this prominent Act and its 20 signatories.

The size and form of the physical silver coin resembles a credit card, depicting the Act of 16 February 1918 as well as a digitised picture of the Council of Lithuania. The latter consists of more than 36,500 pixels – the approximate number of days that have passed since the date of the Act of Independence. The Lithuanian flag on the reverse of the coin depicts the national anthem inscribed in a binary code.

The obverse of the coin bears Vytis – the coat of arms of the Republic of Lithuania – incorporated in a QR code linked to the e-shop where digital tokens will be offered for sale. The weight of the silver coin is 36.36 g, quality – proof like. The physical coin and digital tokens were designed by Giedrius Paulauskis. The Bank of Lithuania intends to issue 24,000 blockchain-based digital collector tokens. Each token will feature one of the 20 signatories of the Act of Independence and will be divided into six categories depending on their occupation, with 4,000 tokens allotted to each group.

When purchasing the digital coin, collectors will get six randomly selected digital tokens and, having collected a token from each of the six categories, will be able to redeem a physical silver coin. The tokens will be available for purchase and storage in a dedicated wallet at the e-shop of the Bank of Lithuania. They could also be used as a gift, exchanged with other collectors or transferred to a public NEM wallet.

LBCOIN is the world’s first blockchain-based digital collector coin created by the Bank of Lithuania. By implementing this unique idea, the central bank seeks to gain invaluable experience and knowledge in the field of virtual assets. The digital coin is also expected to turn a qualitatively new page in the history of Lithuania’s numismatics and to engage more people, especially the youth, in coin collecting.

The digital collector coin is expected to be issued in spring 2020. 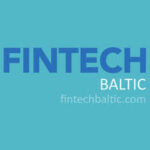