The Estonian government approved the e-Residency 2.0 action plan at a Cabinet meeting last Thursday, with the objective of making the e-Residency program more secure, more beneficial for Estonian entrepreneurs, and more convenient for the e-residency community.

Prime Minister Jüri Ratas said that the results of this year’s e-Residency program have proven that the program itself is sustainable and successful in involving entrepreneurs from all over the world.

“Although we are grateful for the support of the e-residency community, there is still a lot to do to make this program even more convenient and beneficial for them,”

“The new and ambitious goals of the e-Residency 2.0 program will help us meet the constantly growing expectations of e-residents while also creating higher added value for local entrepreneurs and the Estonian state.”

One of the most important goals of the e-Residency 2.0 action plan is to establish a more secure system to reduce the risks that accompany the use of e-services. A new risk-based pre- and post-control will also be applied when issuing a digital identity document for an Estonian e-resident.

Another primary objective of the action plan is to increase the value created by an e-resident for an ordinary Estonian enterprise.

Since the e-Residency program was introduced, a total of 58,000 e-residents have established 7,200 businesses Estonia, employing approximately 1,300 people. Last year, Estonia collected €8.73 million in tax revenue from e-residents’ businesses, but since the implementation of the e-Residency program has seen a total of €25 million in direct economic gain.

“The new strategy will allow us to work toward the goal of bringing direct or indirect gain from the benefits of this program to as many Estonian people as possible,”

Minister of Foreign Trade and IT Kert Kingo (EKRE) said.

In order to create a more convenient user environment, an online platform will be developed for e-residents that will make it easier to access various services offered by the state and the private sector. Alternatives will also be considered for the current smart card-based authentication and digital signatures.

E-Residency managing director Ott Vatter said that the first steps have already been taking in implementing the new action plan. 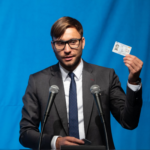 “Pursuant to amendments made to the Commercial Code, all entrepreneurs who are e-residents have the opportunity to contribute to the share capital of their company and own a bank account in any country in the European Economic Area (EEA),”

“We have already made it easier for e-residents to obtain their digital IDs,”

In 2018, as a result of cooperation between various experts, a number of proposals were made to further develop e-residency, which was ultimately published as “The e-Residency 2.0 White Paper.” Based on these proposals, an action plan for the implementation of these proposals was drawn up in cooperation with several state authorities and the private sector.

This article first appeared on news.err.ee