Q2 2022 was a fructuous quarter for technology startups in Central and Eastern Europe (CEE), which closed more than EUR 2 billion in disclosed funding, a figure that’s double what was raised by CEE tech startups in the same quarter last year, a new report by Vestbee, a fundraising and deal flow platform for CEE startups, shows.

In Q2 2022, fintech was one of investors’ favored sectors, accounting for 20% of the region’s 50 largest rounds of funding closed during the period. This indicates that investors are remaining bullish on the prospect of financial innovation in the region and are actively supporting young CEE fintech startups in their growth and global ambitions. Of the top 50 startup funding rounds of Q2 2022, the ten fintech deals recorded by Vestbee are: 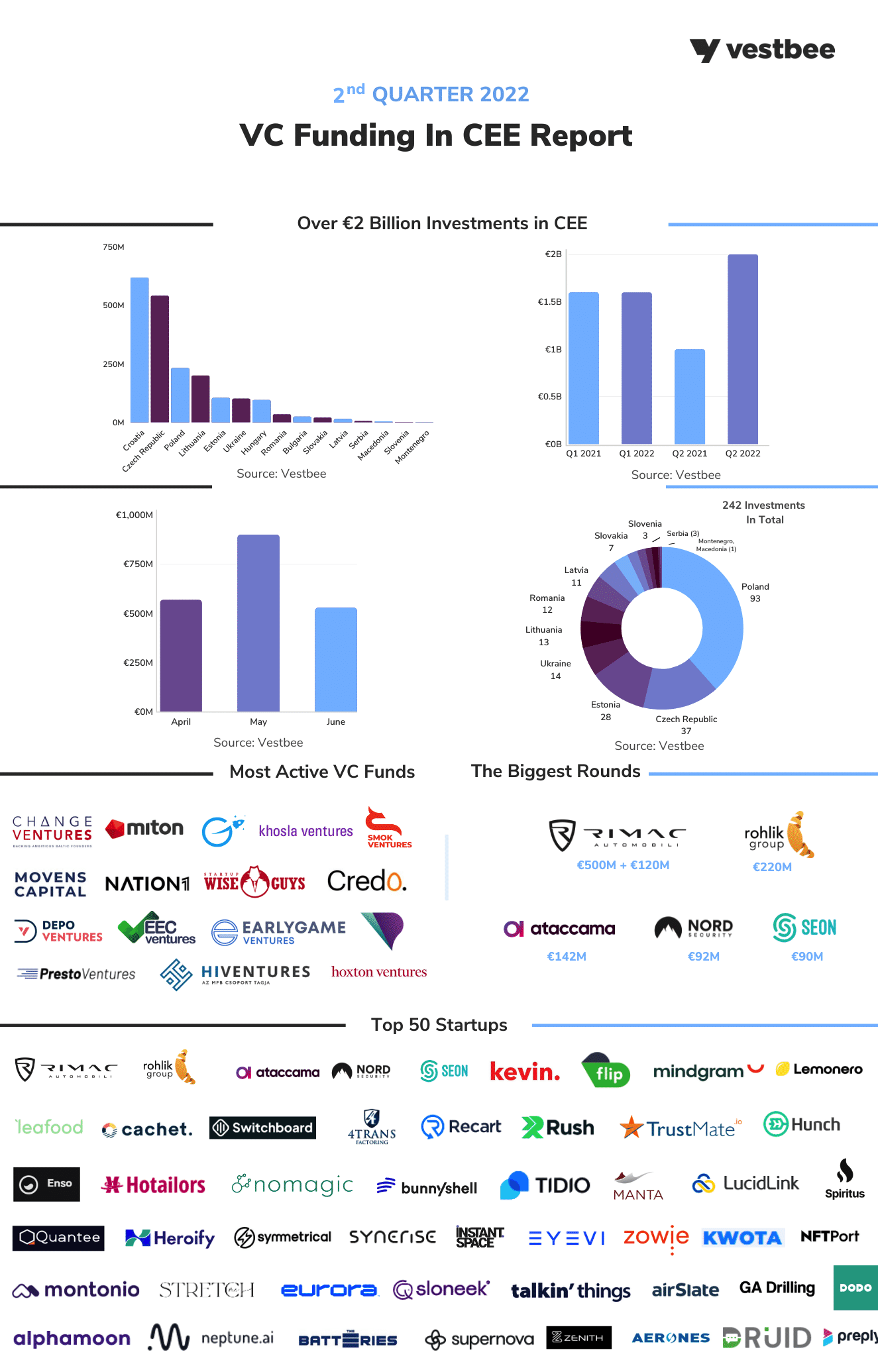 Data from Vestbee suggest that 2022 has so far been a successful year for CEE tech startups. During the first half of the year, a total of EUR 3.6 billion was raised by startups in the region, representing a 80% increase compared to H1 2021 (EUR 2 billion). Poland, Estonia and the Czech Republic led the region’s startup funding activity in H1 2022, securing a total of approximately EUR 500 million, EUR 1 billion and EUR 700 million, respectively, according to Vestbee. Poland saw 191 deals, Estonia, 64, and the Czech Republic, 48. Despite falling tech stocks and concerns about an economic downturn, European VC dealmaking kept up momentum from 2021 during the first half of the year. European tech startups raised a total of EUR 54.4 billion across 6,044 deals in H1 2022, representing year-over-year growth of 3.7% and 1.1%, respectively, data from Pitchbook show. 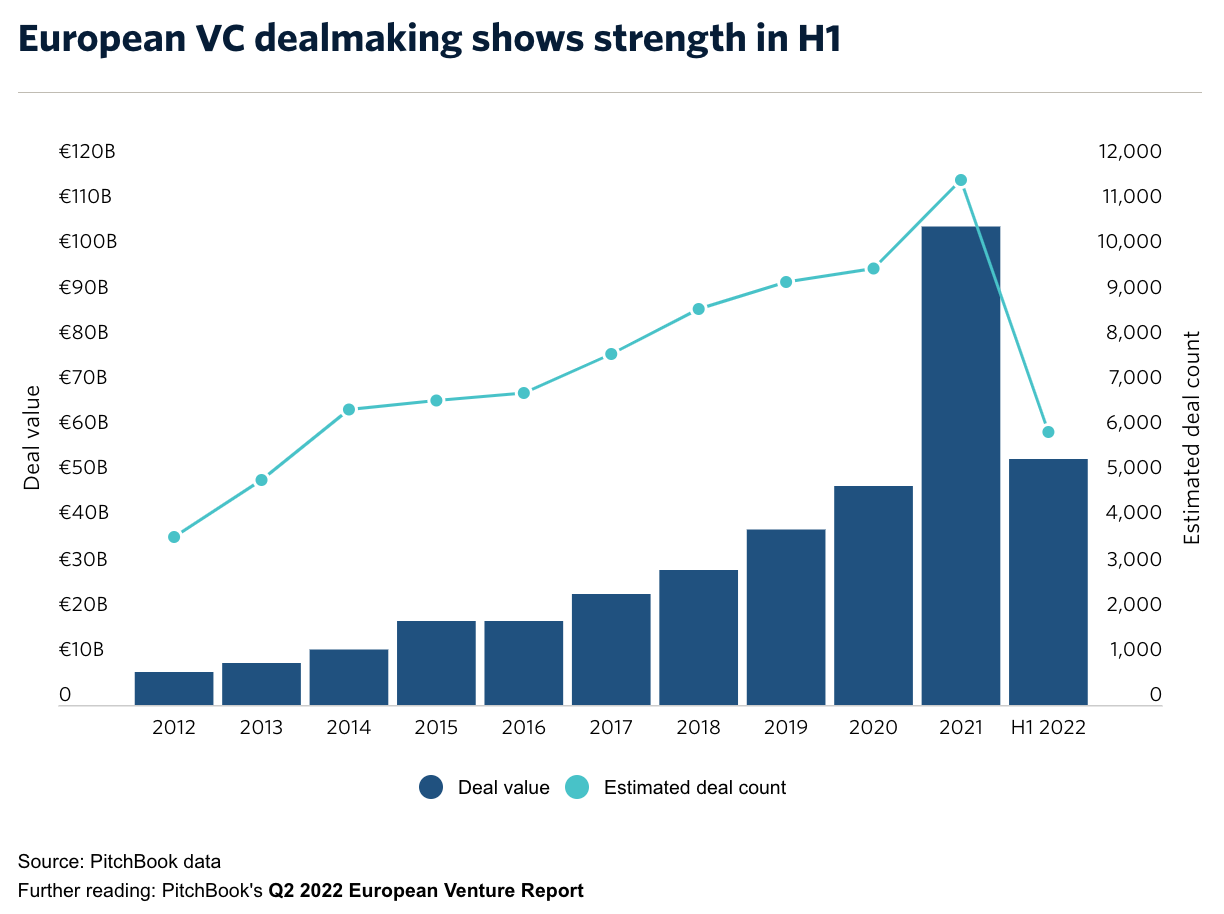 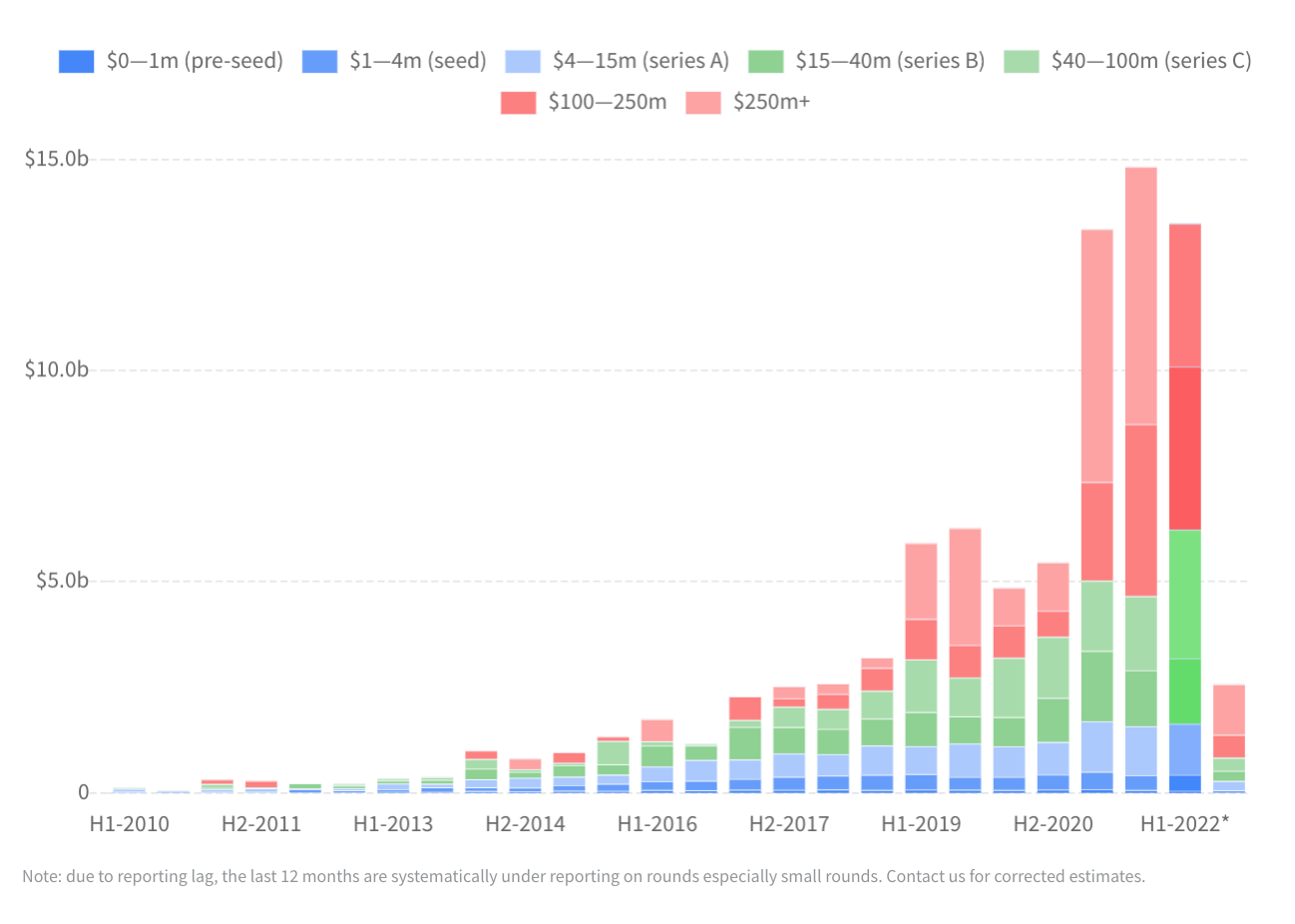