The app was released exactly one month after the invasion began, which has now resulted in over 3.7 million people seeking refuge in bordering countries, with limited possessions and documentation. These refugees who require access to banking and financial services to buy essential goods, pay bills, and send money home to their families, can now open an InCharge account remotely, easily and without cost.

Both Intergiro and Incharge have Ukrainian colleagues amongst their teams, which brought additional sentiment and reason to provide a product to support the Ukrainian people. 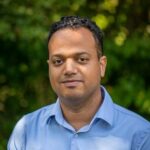 “The conflict in Ukraine has forced many people to flee their homes and seek refuge in neighbouring countries. We want to help these people by offering them free account services, which will make it easier for them to access their money and get by in these difficult times,”

A useful feature of the Incharge app is that in addition to being native to Apple and Android, there is also a Progressive Web App (“PWA”) version, meaning people do not need to have a specific type of phone to register and use the services — all they need is a phone or computer with a web browser. Both the website and app are available in English and Ukrainian, while the support channel is manned by Ukrainian-speaking volunteers.

To help get to market in such a short period of time, Incharge and Intergiro were proud to be supported by a global network of QA volunteers who take it upon themselves to help with projects they believe in. 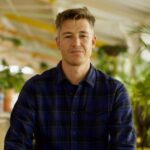 “We built Intergiro for innovators and change-makers, so by now we are fairly used to seeing impressive and creative uses of our APIs, but what Incharge has done has blown us away,‘’

“Could there be a better and more meaningful showcase for embedded finance and technology in general? A fully functioning banking services app, built, tested and deployed in less than 4 weeks, utilising open source testing and a volunteer support team on Telegram, to help people in desperate need. The refugees need our help, and we’re committed to doing everything we can to support them,” added Root.

This article first appeared on fintechnordics.com