The new investment was secured following a rapid acceleration in growth from both private and business customers. Lunar now serves more than 325,000 customers across the Nordics.

The capital from the Series D funding round will enable Lunar to further invest in its Nordic expansion, especially to accelerate its strong momentum and grow its business offering as well as anticipated M&A.

Lunar is a cloud-based digital banking platform to have been granted a European banking license by the Danish Financial Supervisory Authority.

In the last year, Lunar said that its total customer base grew by more than 90% and the bank received applications from more than half of newly established Danish SMEs in 2021.

During the last month Lunar has further added EUR 130 million in deposits.

In April 2021, Lunar acquired Swedish consumer lending and peer-to-peer savings platform Lendify to strengthen its position across Nordic markets and expand its capabilities in lending. 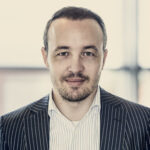 “We are beyond excited to welcome investors with such valuable experience to join our next stage of growth. It’s a massive step for both Lunar and Nordic banking customers.

The investment underpins Lunar’s long term vision of building a digital-first financial ecosystem for both private consumers and businesses.”