kevin., a Lithuanian payments startup, announced that it has raised €1.5 million in seed funding to scale into new markets in Europe.

The funding came from a number of European business angels from the finance and insurance industries.

kevin. currently operates across the Baltics, Poland, the Netherlands and Portugal. In 2021, it plans to enter 15 more European markets and is targeting enough bank connections to cover 80% of customers in the European Economic Area (EEA).

Part of its new funding will also be invested into further product development, with a POS solution in the pipeline.

kevin. said in a statement that they plan to launch more products in the next few months, “targeting areas where card networks are traditionally strongest, including point of sale payments in physical stores”.

kevin.’s solution, which enables merchants to accept payments directly from bank accounts via an API for services like parking, taxis, car-sharing, deliveries and insurance, in compliance with PSD2, the EU’s flagship open banking regulation. 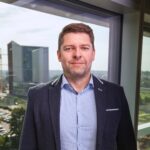 “Requiring authentication every time a customer makes a €2 parking payment is not competitive, so service providers stick to cards, but there’s a downside.

With a typical flat charge per payment of €0.07, plus an additional charge of around 1%, companies providing low-priced services like parking can end up paying up to 10% to card networks per payment,” 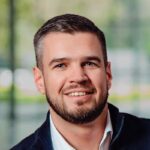 “This is the first time PSD2 has been used in the same way as a payment card for these kinds of transactions. Our focus from the very beginning was to build infrastructure using open banking to take on the card networks where they are traditionally strong.

This is a first step, and shows that it is possible to use PSD2 not just for online payments, but also in sectors that currently depend on expensive acquiring methods. While we are taking on the card networks, we are also gaining their recognition – we recently won the Mastercard Lighthouse program in the Baltics.”