Yapily, a London-based fintech startup, has announced plans to set up in Vilnius, Lithuania which is the company’s third European office.

Yapily joins a growing number of UK fintechs including Revolut, Curve and Square that chose Lithuania as the location for its European hub.

Yapily was established in 2017, shortly after the EU’s second Payment Services Directive (PSD2) granted third-party access to customer data of financial institutions. The legislation, which aims to stimulate competition in the financial services market, compelled providers of such services to innovate their API and open banking practices.

Yapily’s client base include American Express, IBM, Intuit Quickbooks, GoCardless and BUX. In the last 12 months, Yapily has tripled its headcount and currently employs 72 people in offices in the UK and Germany.

According to Stefano Vaccino, Founder and CEO of Yapily, its current focus is to penetrate the European market.

Looking for a new European hub following the Brexit decision, Yapily considered several European locations, including Portugal and Germany. For the company, it was important to find a supportive regulator and fintech ecosystem.

The expertise of Lithuanian developers; reputation of the country’s regulator; and a flourishing fintech scene all contributed to Yapily’s decision on Vilnius. It’s Lithuanian entity received regulatory license in December 2020, prior to the UK leaving the EU, and is now focused on its expansion plans.

The company will hire up to 30 people in Vilnius in the coming months. Yapily is currently recruiting for compliance, engineering, product and operations roles. 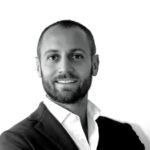 “This involves building a scalable platform while accelerating testing capabilities for our European users. Outside of the UK, Lithuania has the second largest fintech hub in Europe. The local regulator plays a positive role in the fintech ecosystem, allowing Yapily to become a part of it.”

Since its inception, the company has raised $18.4 million in funding, its investors include Holtzbrinck Ventures, LocalGlobe and Lakestar.