The Bank of Lithuania will be issuing their blockchain-based LBCOIN digital collector coin LBCOIN on 23 July which claims to be the world’s first of its kind. The development of LBCOIN was initiated during the hackathon held by the central bank in June 2018.

Each token features one of the 20 signatories and belongs to one of the six signatory categories (priests, presidents, diplomats, industrialists, academics, municipal servants) with 4,000 tokens allotted to each category. 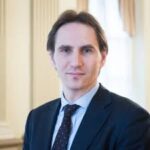 “Two years ago we only had one brave idea. Today we turn a new page in the history of numismatics, further exploring the potential of central bank digital currencies (CBDC). This innovation will bring real benefits to society by contributing to future digital solutions.

It is therefore highly symbolic that LBCOIN is dedicated to the signatories of the 1918 Act of Independence – the brave visionaries who laid the foundation for modern-day Lithuania,”

The LBCOIN project has been carried out with a team of external providers. iTree Lietuva developed the LBCOIN platform and installed it in the bank’s and NEM infrastructures. Experts at SUPER HOW? advised the central bank on blockchain architecture and infrastructure development.

Meanwhile, UAB Cryptodus carried out all of the necessary software and cyber-resilience tests, while UAB iDentifikaciniai projektai (iDenfy) provided automated remote identification services. Information about the signatories was prepared in cooperation with the House of Signatories and 15min which is the largest news portal in Lithuania.

Buyers are recommended to register at the LBCOIN e-shop ahead of time as it may take up to 15 minutes. Having remotely confirmed their identity, users will be generated an e-wallet where the Bank of Lithuania will transfer the purchased LBCOIN tokens.

Within the period from the first to the sixth day of its sale, one buyer will only be able to purchase one LBCOIN. Moving forward, the number of purchases for one person will not be limited.

Those who purchase LBCOIN, collectors will get six randomly selected digital tokens which they will be able to exchange for a physical collector coin, store in a dedicated e-wallet on the e-shop, send as a gift, swap with other collectors or transfer to a public NEM wallet. The price of LBCOIN is EUR 99. 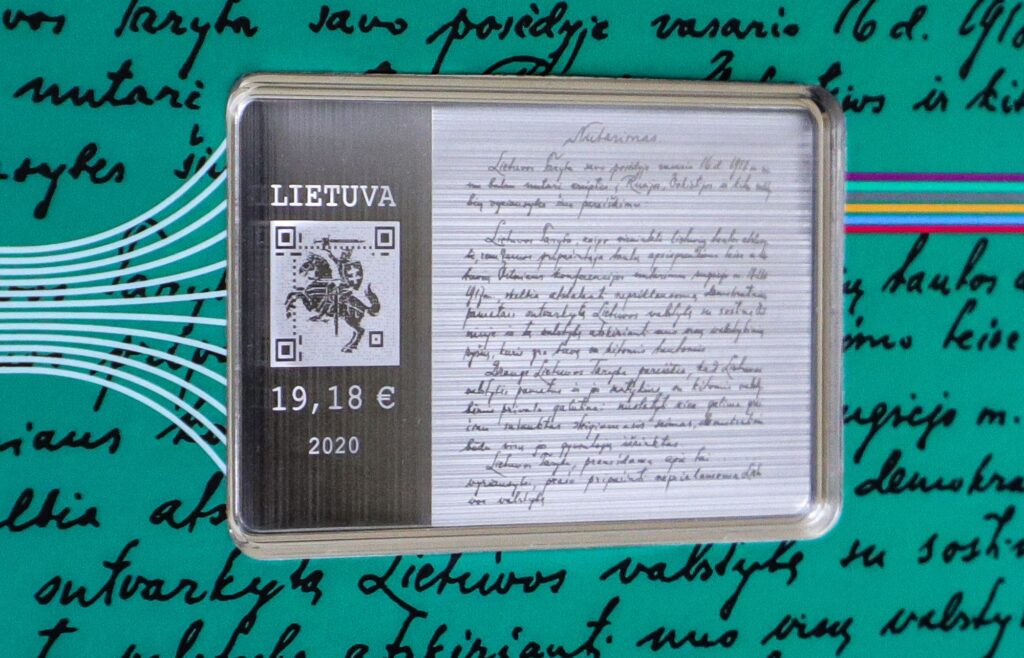 The physical silver collector coins, bearing an unconventional denomination of €19.18, were minted at the Lithuanian Mint. In size and form, they resemble a credit card, depicting the Act of Independence and its signatories. The physical coin is proof-like and weighs 36.36 g.

The physical collector coin and digital tokens were designed by Giedrius Paulauskis.

The release of this coin alludes to the success of the central bank’s sandbox, a fintech-friendly regulatory and supervisory environment designed to foster innovation in the financial sector.

The Largest Fintech Conference in Northern Europe in Lithuania this November