Ten years ago we probably haven’t even thought of the possibility to order a bank card online and that there will be no longer need for us to go to the bank unit where, in the end, the number of cash operations will decrease significantly.

Banks are undergoing transformation, and their digitisation is faster than ever before. And it is bringing changes to us all. It is no coincidence that this is also one of the hot topics of this year’s Fintech Inn, the largest financial technology conference in the Nordic countries and the Baltic States.

Digitalisation is inevitability, not a necessity

According to the data of the European Banking Federation, the number of bank units is decreasing consistently. For example, in 2018, around 174,000 bank units operated across the European Union, and this is 5.6% less than in 2017. This decrease in the number of bank units is the greatest since the financial crisis of 2008-2009. Since 2008, the number of bank units across the EU decreased by as much as 27% or by 65 thousand. This trend reflects that the use digital banking solutions by consumers is becoming increasingly frequent. In 2018, 54% of the EU population used online banking and its solutions, and this is 3% more than in 2017. Lithuania is not an exception in this case. In 2008, there were 783 bank units in Lithuania, and this year there are three times less of them – just 252.

It is obvious that the number of users of bank digital services will continue to increase. The financial sector is still going through a period of active digital transformation. It is therefore natural to wonder whether traditional banks will overall remain. However, as Jekaterina Govina, Advisor to a member of the Board of the Bank of Lithuania, notes, there is still a lot of room for competition in Lithuania for convenience, price and accessibility of services. 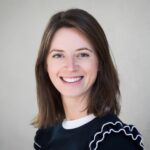 “Lithuania has already done a lot to prevent positive innovations in the financial market from encountering unnecessary obstacles. For example, we are developing LBChain technology platform, and regulatory technology (RegTech) solutions. Our customers are curious and receptive to innovations. It is, therefore, safe to say that Lithuania is a country open to digitisation in the banking sector,”

This is also shown by the fact that 65% of people in Lithuania use a smart phone to handle money related matters, and 68% of Lithuanians pay bills online. In discussing whether digital banks will exclude traditional banks from the market, it is no coincidence that the representative of the Bank of Lithuania says that, overall, there is no longer sense to speak in such terms as “traditional banks“.

“It is obvious that those who will not keep up with the changing environment and will not adapt to it and expectations of consumers, will be no longer needed,”

There is no doubt that digitalisation of services is one of the priority issues on agendas of all banks. Technologies are moving fast forward, and the development of sector of financial technologies (Fintech) and new market players (payment institutions and electronic money institutions) pose new challenges for banks. Relatively low market entry costs, flexibility and specialisation are the main strengths of Fintech companies. For example, banks start everything from zero. Šarūnas Legeckas, the representative of German bank N26, operating exclusively in cyberspace, that will participate at Fintech Inn conference, says that in this case, it is important for digital banks to win customers who still work with traditional banks but are dissatisfied with the products they offer.

On the other hand, traditional and digital banks are not significantly different from each other as it may seem, and they can often supplement each other. This became particularly relevant after the entry into force of the EU Payment Service Directive 2 (PSD2) in 2018. This Directive opened up access by financial service providers and third parties to data of payment service users, and expanded the concept of payment institution. It also enabled third parties to offer higher value-added services and to operate in all Member States with the authorisation from the supervisory authority of the host country.

Yet, it is not that simple. Tamaz Georgadze, the founder of a start-up Raisin, that has acquired MHB Bank in Germany (the attendees at Fintech Inn conference will also have a change to hear him speaking), says that although the PSD2 had to be of particular benefit to the customers, the reality turned out to be different. 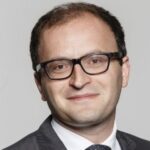 “Unfortunately, the way the directive has been implemented thus far, especially in Germany, reduces the comfort and convenience for users achieved so far. I think that market players need to gather together and define more precise technical standards, and to agree on rules in order to enhance the user experience,”

And while a new generation of bank customers, the generation that grew up with information technologies and that should be offered completely different financial services, is already coming, traditional banks still retain their positions because of reliability they have acquired. It is just a matter of time when digital banks will catch up with them in terms of reliability.

“An essential prerequisite – to provide excellent services which are characterised by superior product experience and better prices than those currently offered by market participants,”

Although banks are naturally conservative, a transformation of their business model and services is inevitable. It takes time to build confidence. However, it can be built faster if this is openly discussed and all parties understand what each of them needs or what each of them wants. The upcoming Fintech Inn conference will be one of the platforms and a great opportunity for consumers to better understand and gain confidence in digital banks and the services they provide, and business representatives and regulators will have the opportunity to discuss about the regulatory environment and barriers, that are potentially created by it, in terms of development of digital bank services. 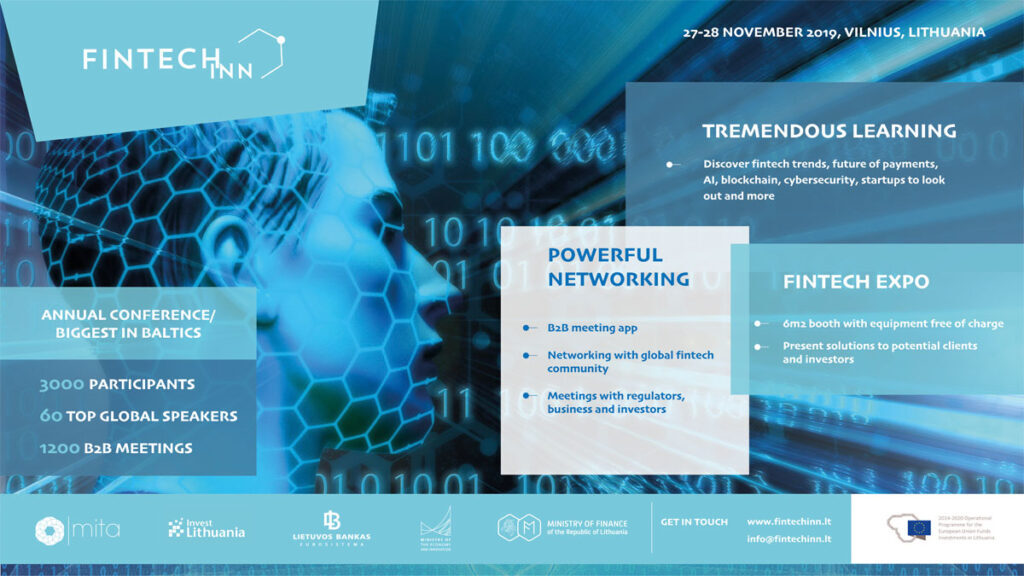 Bank of Lithuania’s Position on Virtual Assets and ICO