The Nordic and Baltic region is poised to become a fintech powerhouse, but challenges related to access to capital, achieving scale and reach, and regulation must be addressed, found a new survey.

Launched during Money20/20 in Amsterdam earlier this week, the report provides a review of the current position and future trends in Nordic and Baltic fintech based results of an industry-wide survey and extensive interviews with industry stakeholders including banks, fintechs, regulators, accelerators and innovators.

The survey found that 68% of respondents believe that the region is home to some great ideas and gaining in confidence, 14% up from 2018, and 22% feel that the region’s fintech industry is well-developed and thriving, and on the path to become a leading global hub.

Among the biggest opportunities in the Nordic and Baltic region, respondents cited Open APIs (63%), automation and digitalization (48%) and platforms and marketplaces (35%). 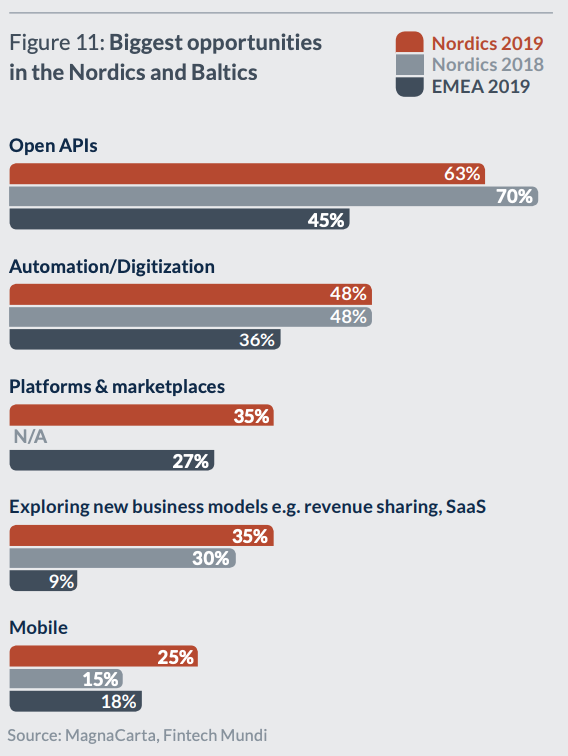 Respondents, however, cited the need of greater access to investor capital (67%), greater bank openness to partnering (52%) and greater support from government, regulators and the ecosystem to build new scale players (38%) and for the region to reach its full potential. 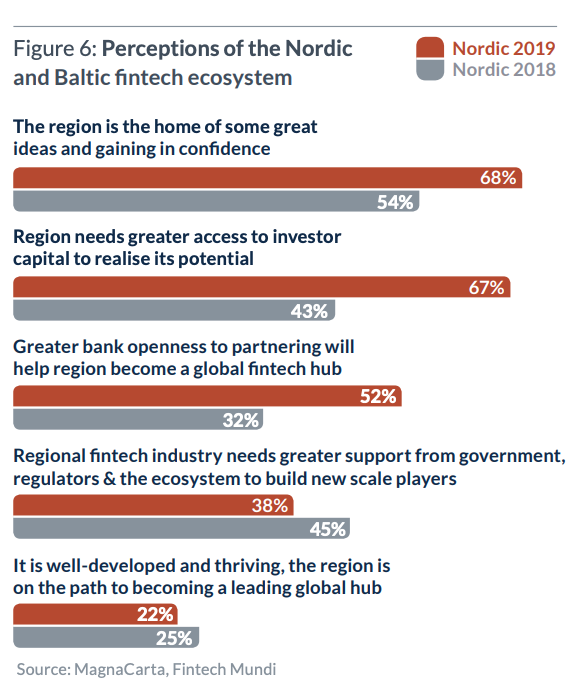 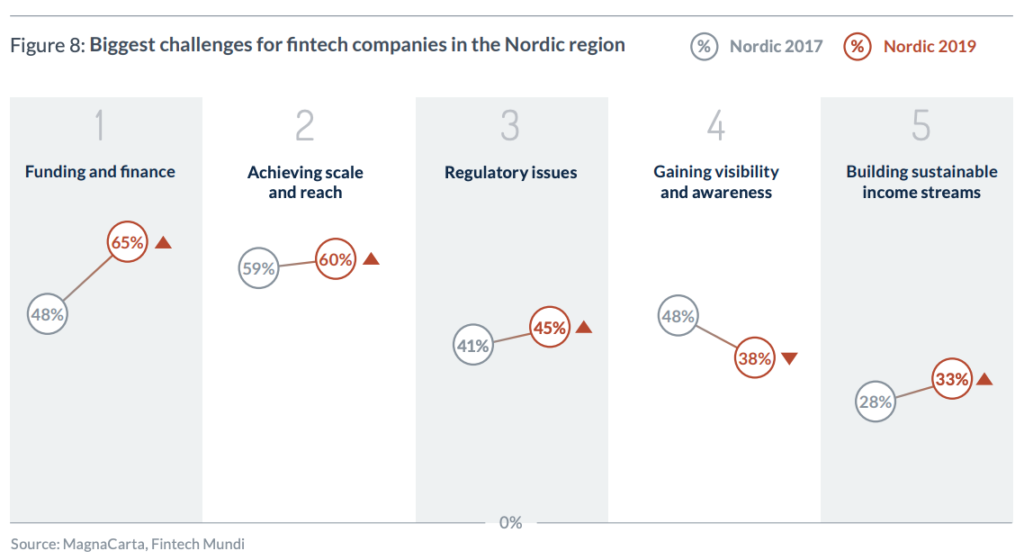 Biggest challenges for fintech companies in the Nordic region, To 2020 and beyond

According to Susanne Hannestad, CEO of Fintech Mundi, a prominent Nordic-based fintech accelerator, the report is a call to arms for banks, investors, regulators, public bodies and for the fintechs themselves.

“The Nordic and Baltic regions are ideally placed to outperform their peers in Europe, but only if we can find a more effective way to work together,” Hannestad said. “We are not there yet.”

The report advises for a collaborative approach in order for the region to realize its strengths and take full advantage of fintech.

Viable and effective partnerships, as well as a better connected fintech ecosystem can help in attracting skills and talent, fertilizing new ideas at scale, shortening times to profit, and growing the region’s reputation to create a virtuous circle for success, it says.

Looking ahead, respondents said they were confident that fintechs will become service provider to large institutions (37%), and that a new business model for banking will rise (29%). 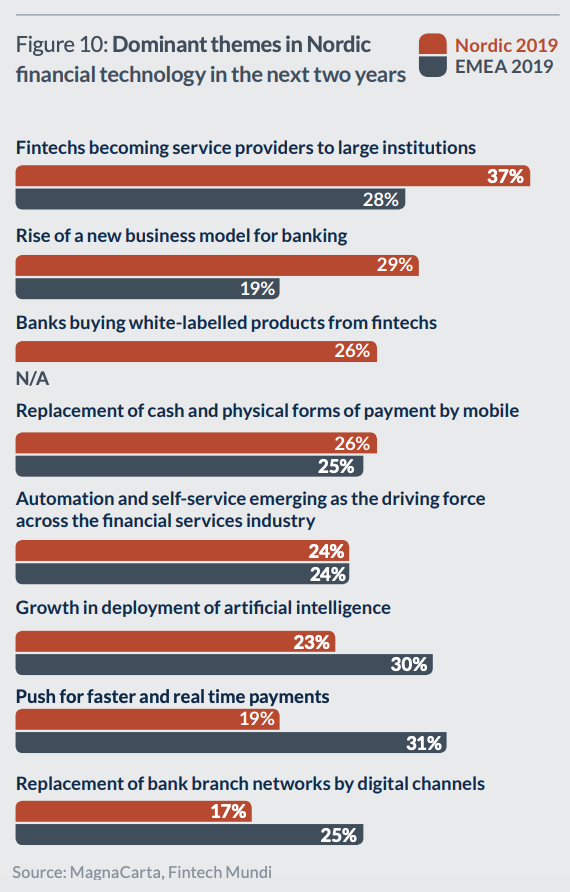 Dominant themes in Nordic financial technology in the next two years, To 2020 and beyond

While Sweden, Norway, Denmark, Finland and, to a lesser extend, Iceland still attract most of the attention when it comes to fintech, nurturing some of the world’s most successful startups including Klarna, iZettle and Bima, fintech in the Baltic states, which include Estonia, Latvia and Lithuania, is growing more and more dynamic, the report says.

In particular, it says that businesses in the Baltics have shown themselves to be adept at raising funding via initial coin offerings (ICOs) and notes that each of these countries has launched its own initiatives to support the fintech industry.

Estonia, for instance, has developed a special peer-to-peer lending policy as well as ICO frameworks, and initiatives such as the e-Residency program and the Startup Visa encourage startups to easily setup and run a business in the country.

Latvia has reduced the licensing fee for innovative payments services from EUR 5,000 to EUR 450, and was the first country to implement an innovative startup law aimed specifically at promoting the creation of startup businesses.

Lithuania has been promoting itself as the gateway for fintechs looking to enter the European Union (EU). Lithuania has cut the capital required for bank foundation to EUR 1 million needed by challenger banks and offers a newcomer banking license package. The country has also developed a blockchain sandbox.

The 9 Hottest and “Coolest” Fintechs in Iceland